The Power of Micro Commitments 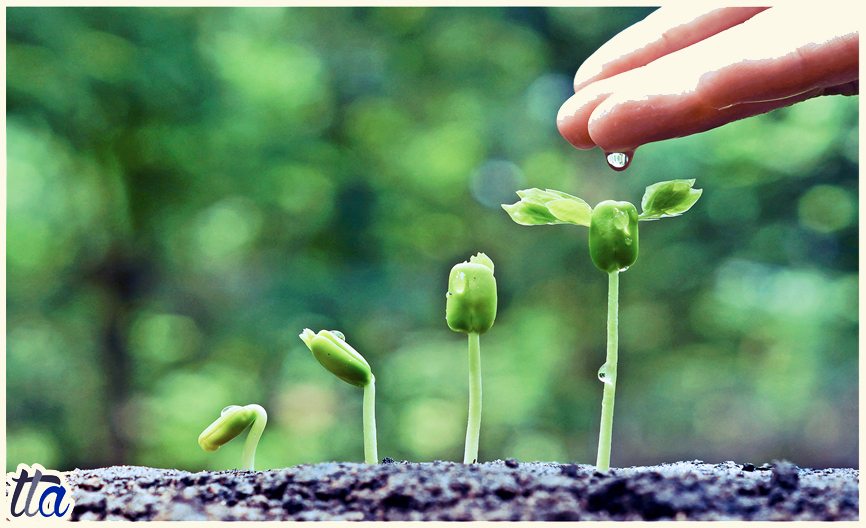 If you’re not familiar with the term “micro commitments,” it is a very powerful persuasion technique based on Robert Cialidini’s commitment and consistency principle, which suggests people have a hard-wired desire to be consistent even after the original incentive or motivation is no longer present.

Essentially, instead of outright asking your prospect to make one big decision, you break it up in to smaller decisions to increase the likelihood you’ll get your main objective accomplished.

You’ve most likely encountered this online many times.  Just take a look at the sidebar banners on my blog.  We almost always use “two-step” opt-in forms like these on all our sites for generating leads because of this principle.

Where we used to have the standard opt-in form to input your name and email, we now have just a button.  Interested users must click the button before seeing the form.

The thought process is that clicking a button is not only an easier action to take than filling out a form, but also takes considerably less thought and decision making brain power.  Then seeing the form after clicking the button, the hope is that through the commitment and consistency principle, they will now proceed to fill out the form because subconsciously they must be interested if they clicked the button in the first place.

That’s an online example, but what in offline business?

Let me give you a real world example from my personal experience many years ago.

Long before I ever even knew “micro commitments” were a thing in online marketing, I was practicing this technique offline, in real world business.

I got started in private real estate investing in 2002.  By 2004, 90% of the houses I was looking at to invest in were foreclosures.  My partner at the time, John, and I had to sit down with homeowner’s and discuss how we could help.

If all went well and we mutually decided to move forward, there was paperwork to be filled out – lots of it.

My partner John was a good man, in his early 60’s, and very wise, but old school when it came to business.

During these meetings with the homeowners, he had his role but I always sat down and walked them through the paperwork.

One day after leaving a house with another completed package and a new deal in contract, John said to me, in his stern fatherly tone, “you’re wasting your time with all those other papers if the homeowner’s don’t sign the deed.  You get that deed out there first because if they don’t sign that, we don’t do the deal.”

I know this was straight from Ron LeGrand – THE real estate guru at the time and a very smart and successful real estate investor himself.

However, both of them were wrong.

I went on to explain to John that out of all of the papers we have the homeowners sign, the two we knew they’d have the biggest objection to are the Limited Power of Attorney and the deed to their house.

John was right on one count: without these we couldn’t do the deal because I wouldn’t be able to negotiate with the lenders like I needed to.

Out of all of the paperwork we needed to have signed, there was:

The first thing I pulled out was the contract.  Surely every seller knew there’d have to be a contract stating the terms.  I explained how we’d use this with the bank and all the important aspects and terms contained therein. See, my legalese is coming back.

This also set the tone with the seller to let them know, this is really happening, it’s serious, and they should pay close attention.  It also was third on the list as far as any objections that might arise.  If we got a lot of pushback from them now, we might not even proceed.

Next up, the least objectionable form, followed in succession by what I felt were in order of possible objections raised.  Lastly, before the POA and Deed, the CYA letter.  This letter covered everything and they had to initial 20 times before signing on the final page.  By the time we got to this point, they were full-on committed to the deal and no longer even reading what they were signing in nearly every case.

Remember, what I also knew about these sellers already is that they were in foreclosure and just ready to stop the pain.  You throw that deed out the first and you’re going to scare them into not wanting to make another mistake.  But with all these other forms, you must know what you’re doing and therefore are more trustworthy, at least from a capability stand point.

Once the Limited Power of Attorney came out, there was no turning back.  It may have sounded scary, but I explained we only needed it to be able to negotiate with the bank on their behalf, coupled with their commitment momentum…you’re getting this right?

Then after signing this, on top of everything else… “just sign this deed, we’ll be out of your hair and contacting your lender today.”

Sure there were occasional objections but none I didn’t already know how to handle.  In fact, I had a 100% success rate with this process.  There was never a time I didn’t walk out of there with that paper work signed when we wanted the deal.  Not once.

It wasn’t until about 7 or 8 years later that I actually learned about the concept of applying micro commitments to our sales funnels online, but even then it didn’t even occur to me at the time that this process I just shared with you was exactly the same thing, offline.

With everything I’ve read on sales psychology and my own experiences, both offline and online, I’m thoroughly convinced –  micro commitments flat out work! For realsies.

How can you implement them in your business?

The Ten Commandments of The Lifestyle Architect 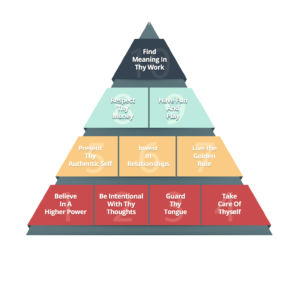